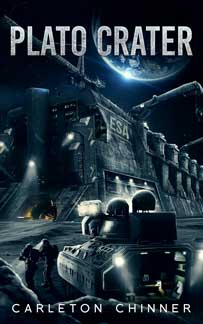 Mark as To Read on GoodReads

Jonah never expected to be back in Houston after his brother died. He would rather have stayed on the Moon with the woman he loves than face his father, or his ex-girlfriend and her drug-dealing brother. The faceless Council of Panamerica might send him back, if he agrees to their terms.
Holly just wanted to steal her breakfast. Now she’s cooking for a crowd of hungry marines and trying hard not to be terrified by the lunar mountains outside the window.
Yesha is struggling to be the Empress of the Moon her people want. The people are restless; everyone is talking about the new European base in Plato Crater; and the droids are behaving even stranger than usual.
Three people’s lives intertwine in a sweeping tale of choices that leave them questioning what it even means to be human.

“Fast paced and crammed with original ideas, the narrative works its way through the complex web of personal, political and national interests to a mind-blowing conclusion [..] Highly recommended; sci-fi fans in particular will not be disappointed.”